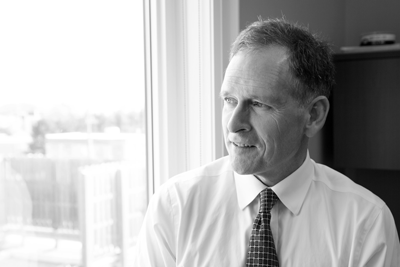 Bill earned a B.A. in 1978 from the University of St. Michael’s College in Toronto. He earned an M.B.A. in 1979 from the Rotman School of Management at the University of Toronto, majoring in Finance and graduating on the Dean’s List. In 1982, he graduated from Osgoode Hall Law School and was awarded the prize for Criminal Procedure. Bill articled at Campbell, Godfrey & Lewtas (now Fasken Martineau) and was called to the Bar in 1984. Thereafter he worked in business, first in corporate banking at the Bank of Nova Scotia, then as Assistant Secretary at a large Canadian mining company. He entered private practice in 1989.

Bill has extensive experience in criminal and commercial litigation. He served as an Assistant Crown Attorney for three years during the mid-1990’s and is a past executive member of the Criminal Justice Section of the Ontario Bar Association. He is currently a Director and Treasurer of the York Region Law Association. He is also a member of the Criminal Lawyers’ Association (Ontario) and the Thomas More Lawyers’ Guild of Toronto. Bill taught Evidence for three years in the Law Enforcement Program at Seneca College, taught Criminal and Civil Procedure for more than ten years in the Bar Admission Course run by the Law Society of Ontario, and (most recently) taught Trial Advocacy at the University of Notre Dame Law School in South Bend, Indiana for three years. He continues to lecture on substantive and procedural topics related to his practice.

Bill’s practice focuses on criminal and regulatory defence, at both trial and appellate levels. He has defended clients on virtually every category of offence under the Criminal Code of Canada and the Controlled Drugs and Substances Act, as well as various provincial statutes. He has twice defended clients charged with first-degree murder, earning acquittals in both instances.

Bill is married with three children. He is an avid sportsman, enjoying hockey and cycling.