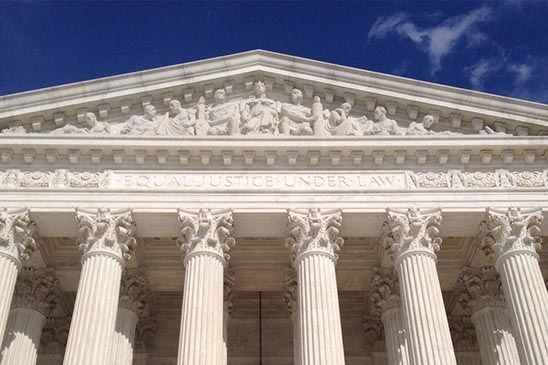 Under section 11(e) of the Canadian Charter of Rights and Freedoms, any person charged with an offence has the right “not to be denied reasonable bail without just cause”.  Once a person has been arrested and charged, the police can either release him from the police station (with conditions) or hold him for a “show cause” hearing.  Either way, the clock is ticking.  If the police don’t release the accused (which must be done “as soon as practicable”), they must take him before a justice within 24 hours.  (If a justice is not available within 24 hours, then “as soon as possible”.)  The accused (or the Crown) must then “show cause” why he should (or should not) be released.  Although there are many possible outcomes at a show cause hearing (also known as a bail hearing), the most common is that the accused is released on conditions, with a surety.

Why would the police “show cause” an accused rather than release him from the station?  There are many reasons, depending on the circumstances of the offence and the background of the accused.  The police might need time to search for more evidence.  They might believe the accused is dangerous and should be detained until trial.  (A “detention order” can only be made by a court.)  The police might want a surety or, if the accused lives outside the jurisdiction, a cash bail.  (Only a court can impose a surety or cash bail.)  Generally speaking, the more serious the offence, the more likely it is that the accused will be show caused.

The terms of release should always be a function of the criteria for release.  What are the criteria (“grounds”) at a bail hearing?  There are three grounds, any one of which is enough to detain the accused.  These are set out in subsection 515(10) of the Criminal Code of Canada.

Every accused is presumed innocent until proven guilty.  That’s a well-known legal principle.  Unfortunately, it is NOT determinative at a bail hearing.  Even someone with no prior criminal record can be denied bail.  A prior criminal record will be entered into evidence and scrutinized.  For certain offences or in certain situations, an accused is presumed NOT to be entitled to bail unless he can show cause why his release is justified on the grounds mentioned above.

The best approach to a bail hearing is to prepare for it carefully.  Have a “surety” and a plan of supervision.  A surety is someone with roots in the community who knows the accused, has some financial wherewithal, preferably no criminal record, and is prepared to supervise the accused while on bail.  The surety “guarantees” bail compliance up to a fixed dollar amount.  Make sure your surety is properly prepared to testify.

The plan of supervision should address the bail criteria: re-assuring the justice that the accused will show up for court and stay out of trouble.  It might include counselling or reporting to police, a curfew, and/or restrictions on where the accused can reside, where he can go, what he can possess and to whom he can communicate.  In theory, every restraint against liberty must be justified.  In practice, the court weighs the plan of supervision as a whole.  Give careful consideration to the plan of supervision.  Absent bail variation or bail review, it will remain in place until the charge is finally dealt with, which could be 18-30 months down the road.  Poorly planned bail conditions can become more onerous than the potential sentence.