How to deal with police at the roadside (traffic stops) 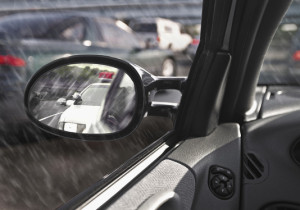 Every police car is equipped with a computerized mobile workstation (“MWS”), aka mobile data terminal (“MDT”). In seconds, police can learn a great deal about you without stopping you. How? By entering your plate in their MWS. If you have a criminal record, outstanding charges or even a driving record (and the plates are registered in your name), you are driving with a bulls-eye on your car. Police routinely search drivers electronically. If your name lights up their screen, you can bet the police will try to find a reason to pull you over for a closer look.

Section 10 of the Charter says, “Everyone has the right on arrest or detention (a) to be informed promptly of the reasons therefore; and (b) to retain and instruct counsel without delay and to be informed of that right…”

If the police pull you over while you’re driving, you’ve been detained. They have to tell you why. But they don’t always have to advise you of your right to counsel and permit you to exercise that right. The reason for that can be found in section 1 of the Charter:

The Canadian Charter of Rights and Freedoms guarantees the rights and freedoms set out in it subject only to such reasonable limits prescribed by law as can be demonstrably justified in a free and democratic society.

There’s the rub. The Supreme Court of Canada (Hufsky, 1988, SCC) has ruled that some police interactions (detentions) don’t merit a full-blown rights-to-counsel (call-my-lawyer) scenario, because there is no reasonable expectation of privacy. A traffic stop is one of those scenarios.

In Ontario, driving is a privilege not a right. Section 216 of the HTA permits a police officer to randomly stop you. The officer must be acting “in the lawful execution of his or her duties”. The Police Services Act defines those duties broadly: preserving the peace, preventing crimes and other offences, apprehending criminals and other offenders, laying charges, executing warrants, enforcing municipal by-laws. However, the police can’t use the random-stop authority in section 216 as a pretext for conducting an unrelated criminal investigation (Gonzales, 2012, OCA).

You do have the right to silence. However, prudence is advised. You do have to produce an ownership permit [HTA, 7(5)], a driver’s licence [HTA, 33(1)] and an insurance card [CAIA, 3(1)]. Absent reasonable grounds, passengers do not have to co-operate with police.

Some effort at normal communication is advisable. You have rights, BUT (1) it’s just the two of you at the roadside – his word against yours; (2) a remedy, if any, won’t come for many months; and (3) a good lawyer is expensive.

Be polite. It reflects on your character, which is always relevant. The officer has discretion, both at the roadside and later at court. If you feel the officer has made a mistake or there are mitigating circumstances, you can say so at the roadside. If the officer decides to write a ticket, you’ll get a second chance at court. The prosecutor has the discretion at court, but will look to the officer for input. If you were polite at the roadside, that input is more likely to help than to hurt. (Police notes have a way of refreshing the officer’s memory of your behaviour.)