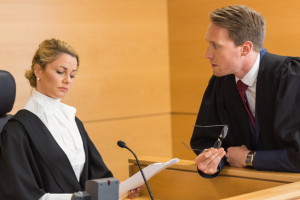 Let me repeat what I said in an earlier blog. In criminal court, a guilty plea is generally given greater weight the earlier it is entered into. There are three reasons for that. First, an early plea shows remorse – an indication that the accused is on the way to rehabilitation (an important goal of sentencing). Second, it saves the court the time and expense of a trial – the earlier the plea, the greater the savings. Third, it saves the victim and witnesses the stress and inconvenience of preparing for and testifying at trial.

Is plea bargaining a good thing? Many words have been written on this topic. For academics, the concept is controversial. For practitioners, it’s a fact of life. If you’re charged with even one criminal offence, plea bargaining is definitely something you should think about. The reasons for that are two-fold: cost and risk. Put simply, a trial is expensive (financially and emotionally) and there’s a risk that the result may be much worse than it should be. Only God is perfectly just.

Sometimes plea bargaining is easy. If you’re charged with shoplifting and have no prior record for theft, you will likely be offered Diversion. By “taking responsibility” for the incident and performing a penance (e.g. community service, counselling, a charitable donation, a letter of apology), the Crown will withdraw the charge. That’s a good outcome. To get it, you give up your right to a trial.

If you are charged with domestic assault, the Crown might agree to withdraw the charge upon your completing a 16-week PAR (Partner Assault Response) program and entering into a peace bond. A peace bond is generally (but not always) a good result. You should review the offer with a lawyer before proceeding. He or she can discuss your case with the Crown. (That discussion is generally referred to as a ‘Crown pre-trial conference’ or ‘resolution meeting’.) In Ontario, Duty Counsel is available to assist you. Duty Counsel is a lawyer, paid by the Province to provide free legal advice and assistance at court.

If you are charged with a serious offence, or with several offences, the potential consequences are more onerous and plea bargaining becomes more complicated. How strong is the Crown’s case? What can the Crown prove? Are there legal or procedural arguments that might assist you? What are the mitigating and aggravating facts? How do you leverage everything into a good deal? What is the appropriate range of sentence (‘tariff’)? How do you get the lowest sentence in the range? What are the collateral consequences of your plea and sentence? Probation may seem like a good result, but can you live with the conditions? I cannot over-emphasize the importance of preparation, even for a seemingly simple matter. Your one encounter with the criminal justice system can affect you for the rest of your life. Let experienced counsel take a good look at it.

Plea bargaining gives you one big advantage over a trial: you get to choose your judge. From an outsider’s perspective, this is sometimes (pejoratively) referred to as ‘judge-shopping’. From an insider’s perspective, it’s simply due diligence. Know your judge! For more serious charges, it might be necessary to have a ‘judicial pre-trial conference’ (a meeting with a judge, the Crown, defence counsel and – sometimes – the officer in charge). A JPT (as it’s called) can be very helpful in honing the sentence. Among other things, a JPT generally encourages a judge to “buy into” the mitigating benefit of the plea as it unfolds.